In this image before you, you may see a semi-put-together girl. However, in this post I hope to demonstrate to you how wrong you are. I am, in-fact, an absolute mess of a human being and seem to get myself into, to put it lightly, sticky situations wherever I go. Maybe because I am just a super awkward and clumsy person, or maybe because my brain is subconsciously sabotaging me.

I feel like my blog has become rather ordinary lately. Don’t get me wrong, I love talking about films, photography, fashion and what my months have consisted of, but I also like to write something that makes someone smile. So, like any normal person, I’m going to share with you one of my finest moments. And by ‘finest’, I mean the lowest, most embarrassing, cringe-worthy moment that I die a little inside whenever I think about. The kind that you think of just before falling asleep which makes you screw up your face, tense all your muscles and makes you feel a little bit sick, hoping desperately that no one but you remembers it. Hopefully this will bring a smile to your face, when you think, “damn. I’m glad that wasn’t me”. 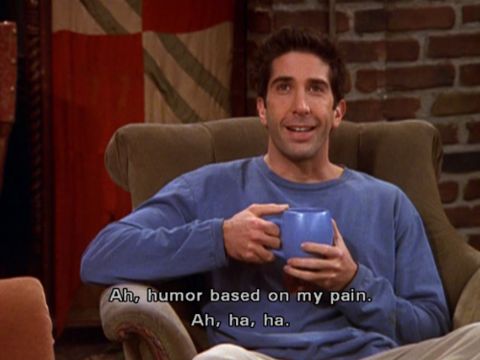 If you know me, I’ve probably told you this story, as it’s my favourite story for small talk. In retrospect, I probably shouldn’t make small talk with a story that makes me look like an absolute idiot. But if you haven’t heard it before, or you have and just want to laugh at me again, here it is:

A little backstory, Joly’s biggest moment is when he’s keeping lookout on the barricade and see’s Javert climbing up the other side. When the music stops Joly shouts, “he’s back!”.

Now, it had come to the point in the song where I needed to be on the barricade to say my line. So, what did I do when I realised I was going to be late? Ignore the frankly very insignificant line, that has no relevance to the plot? Sensibly say the line from where I was on the stage? No. Of course not. That’s far too sensible. I decided the best thing to do was run. I ran at the barricade as fast as I could. I totally would have got there in time by walking, but no – sprinting is the option I chose.

As I lept up onto the barricade (just imagine this in slow motion) my foot got caught on a step. My life flashed before my eyes as I catapulted headfirst over the barricade with a very loud shriek which made everyone onstage and in the audience gasp. So I’m pretty sure they spotted it. I waited a moment, wondering whether this might be the worst nightmare I’d ever had. But no. It was all too real.

As I lay horrified on the floor behind the barricade half in shock, half wishing I was dead, I contemplated my options. Do I just drag myself off the stage? Or do I get back up? Now thinking about it, I am very glad I got up. If I had dragged myself ‘comando-crawl’ style off the stage, it would have looked as though I sprinted at the barricade and threw myself headfirst over for absolutely no reason at all. “I’m done with ths revolution y’all, see ya never!”.

After the show, the people playing the other students told me how, for the time I was down there, they really thought I might have broken my neck and died. Genuine concern. To be honest, at the time, I kind of wished I had.

So I’d made my choice. Lying on the floor, with a wobble in my voice, I shouted the line, “he’s back!”. I still get mocked about that to this day – people shout at me, “he’s back!” and burst into hysterics. My friends are lovely. Personally, I think it was very professional of me to manage to say it at all. I climbed back over the barricade, feeling my face turn more and more red, and carried on with the scene. I’m not even kidding, carrying on with this scene is possibly my biggest achievement to date. No lie. That took all the courage I had in my body (which is not a lot, let’s be honest).

After what felt like an eternity of singing and acting (the scene after ‘the fall’ was the longest time the students were on the stage for during the whole production), we all exited into the wings. A flurry of my very, very concerned cast mates came up to me and made sure I was okay, which was nice. When things like this happen (which in my life is all too often) I always say, “I have to laugh, or I am going to cry”. It has kind of become my motto. Which, I know, is a little bit sad. But oh man, did we laugh. I honestly don’t think I’ve ever laughed so hard in my life. Tears were streaming down my and my friend’s faces as we tried to talk between breaths, “and then you…” *gasping noises* “and then you said the line…” *more gasping noises* “and that shriek..!” *wiping away the tears* “we so thought you were dead…” *laughing so hard we’re all silent* “and then you just pop up and shout, “he’s back!”.

And do you know the best part of this whole story? My dad was filming that scene. None of the others. Just that one. So we have the moment immortalised in video. Enjoy:

Some may say I bring it on myself. Those people would be right.