I have watched a fair few tv shows this year. So, now I’m going to give you my opinions (that you didn’t ask for) on the best shows of the year. You’re welcome.

My list of shows for this post has grown rather long, so I’m going to keep it short and sweet for each of these…well…no promises. I’m pretty good at rambling on about things I like. A few of these I talked about in posts throughout the year, but you’re just going to have to deal with that. Also, these are in no particular order – narrowing it down to this few was hard enough, okay?

Also – I illustrated this post myself, if you’re wondering why there are crappy little drawings everywhere, that is the reason.

Unbelievable is an eight-episode crime drama about the case of a serial rapist in Washington and Colorado. I don’t want to tell you too much more, because you really have to go into it blind for the full impact.

I’m usually not bad with ‘scary’ tv shows and films (actually, that’s a lie, a few years ago my friend and I couldn’t even watch Woman in Black [still to this day, haven’t actually seen that film]). This show obviously isn’t a meant be be a horror at all, but the subject matter of the first few episodes was so unsettling. It scared me so much I actually stopped watching it for a week or two, until my friend convinced me I should finish it. And even then, I had to watch it in the daytime when I knew my family were home.

I think this is due to the fact that Unbelievable is based on a true story, which makes it so much more deeply devastating. Kaitlyn Dever’s performance as Marie was absolutely incredible. In fact, all the performances were amazing – I love-love-loved the two detectives working the case, they gave me so much hope for humanity.

But just all round, a great and captivating show that sensitively and carefully deals with sexual assault and all the elements that go along with it, for the victim and everyone else involved. I would really, really recommend this one to absolutely everyone.

I said short and sweet, but I have already failed.

This is another one that is hard to watch. So shocking, that at the end of each episode we all sat in silence for a few moments taking in everything we’d just seen.

It was so relentlessly tense, that I spent entire episodes with my hands over my mouth just stunned at the events that unfolded. Completely gripping from the moment the first scene starts until the very end.

I didn’t know a lot about the Chernobyl disaster before watching this. It’s completely devastating yet so fascinating learning exactly what happened, the extents people went to cover their own mistakes, and the lives ruined by this enormous error.

Those two were super depressing picks, here’s a more lighthearted one so we don’t all start crying… Series 2 of Derry Girls came out this year! 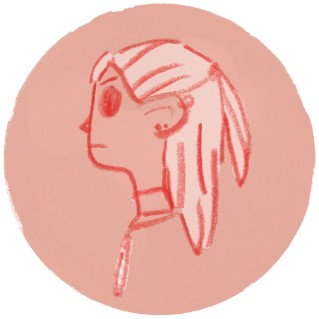 Firstly, the main character has the same name as me. That’s already a win in my book. Derry Girls has been on my watch list for quite a while now after my friend suggested I would like it. It’s so, so funny and I love every single character. I’ve been recommending it to everyone and anyone who will listen. AND there’s going to be a season 3 next year which I am beyond excited about.

It follows a group of girls and ‘the wee English fella’ who all live in Derry during the 90s, so it’s all set with the backdrop of ‘The Troubles’ in Ireland. Every character brings their own comedic elements. My three favourites: Erin, whose facial expressions make me laugh without her even saying anything, everything that comes out of Orla’s mouth is insane, and Clare’s constant state of panic – I relate to on a personal level.

Also, this drawing was supposed to be Erin, but looks very little like her, and more like a knock-off member of Gorillaz. But you’re just going to have to deal with that.

I’m sure this show is on everyone’s ‘top tv of the year’ list. And if it’s not, I’m not sure what you’re doing. Phoebe Waller-Bridge is an actual genius and icon. As sad as I am that the story ends there, I think it was the right call and the two seasons we do have make such a perfect show. I have also watched it two and a half times. So I feel like that’s a pretty good sign too.

It’s so very honest which makes it incredibly funny and moving. I cried, I sat giggling to myself, at one point (during the office trophy scene) I actually jumped/fell off my chair. I’m pretty sure those are the top three emotions you want in a show. If you haven’t seen it – you should put it at the top of your watch list immediately.

In The Politician, Ben Platt stars as wealthy and ambitious high-schooler, Payton Hobart, who is running for student body president. In his mind, this is the first step to becoming the president of the United States. However, along the way, he must deal with running-mate drama, kidnapping, collusion, death, assassination attempts and the fact that he might actually be a sociopath.

I really liked how it parodies present-day politics and mirrors the crazy political news stories we hear all the time, but all set in a high school to make it relatable and witty. Similarly, they really successfully portray the other end of politics: the voter. How off-putting all the vicious political drama can be. I loved the drama, the twists and turns, the beautiful Wes Anderson-like style, and the fact that they were sensible enough to give Payton an excuse to sing, because that man has some pipes!

The final episode sets up season two perfectly, and I am super excited for that later this year.

I was eagerly anticipating the second series of this show because I absolutely loved the first one. The fact that we managed to finish this one in about two sittings speaks for itself really.

The first series was so good on it’s own, it certainly didn’t need a second. However, I’m really glad they made one. I loved the first few episodes and how the writers give the viewer a catch-up on where the characters are now. We’re also introduced to a new character, I thought that first episode was particularly good. We built on everything that had happened in the first series and explored James and Alyssa’s characters even more deeply which was so satisfying. We also saw the trauma and the aftermath of the events in series one, which I thought was done really realistically. 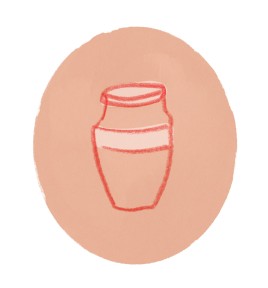 It’s so gorgeous. Everything from the look of every scene to the outfits and the dialogue. I read that in a strange way, it seemed like it was meant to be a comic. I completely see that and it works so well! It is slow to start with, but I was captivated the whole time. And when the story did kick off – oof. That’s all I have to say.

So there you go! Possibly the longest I’ve spent on a blog post, so I hope you enjoyed it. I enjoyed putting it together. Maybe I’ve inspired you to watch one of these, maybe you have been inspired to never ask me for TV show recommendations. I’ll never know! Tune in next year for my 2020 TV favourites, because that’s how long it’s going to take me to put the next blog together.